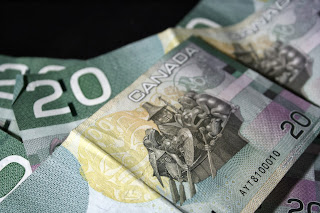 Until my daughter found a job again, we were living very close to the edge. Thankfully neither of us has any bad habits that take up what little money we were bringing in. We don’t smoke, drink, or do any illicit drugs. However, not having money meant we couldn’t do anything beyond pay bills and buy food. We were okay, but it’s not the best existence in the world. The thing is, if you’re lucky you can shut off all impulses to spend, and in my case anyway, I became even more introverted than usual.

It wasn’t until we started having  decent money coming into the household again, that I slowly broke out of that shell I was in. It’s funny, but the smallest things can make such a huge impact in a person’s life. In my case, it was when we went out and spent money on stuff for organizing the bathroom. We had nowhere to store anything except a small medicine chest, and that bathroom is very tiny. So we bought an overjohn (one of those cabinets that go over your toilet, hence the word ‘john’ being included), a toilet paper holder, a proper garbage can with a pedal-operated lid, hooks for the door, a shower organizer, and a new shower head. It turns out that it was money very well spent, because it was inspiring to me.

You see, suddenly one room in our house was no longer hopeless. It felt nice to go in there and see those things. Everything we bought had a nice bronze finish, which really spruces things up, and now we had places to actually store the things we needed to have in the bathroom. Well, wouldn’t you know it, I just had to keep going on other things. Like magic, poof, I reorganized my bedroom so that I was finally able to get some writing done again. Now I’m starting to take on other areas of the apartment. My daughter already has her own bedroom set up properly, so that’s another room that isn’t a disaster area.

Admittedly, my lack of domestic inclinations has a great deal to do with the fact that the rest of the apartment looks like a bomb went off. We do not do any living in our living room, so it’s become something of a dump site for everything we don’t put into our bedrooms. I’m at the point, however, where having a couple of rooms looking nice has been pushing me to get everything else looking that much better. No room in my home will ever be perfect, simply because I just don’t care about perfection. I want to live in my home, not photograph it for the cover of a magazine.

Still, I actually went to the extreme step of washing some dishes this evening. My daughter is at work, and when she comes home and notices what I’ve done, I’ll have to be ready to perform CPR. Too bad I don’t have a defibrillator, because the shock will be great, and there’s a very real risk of heart attack. I abhor doing dishes as a rule. Sticking my hands in dirty dishwater actually makes me want to gag. The idea of soggy bits of food floating around and touching me is almost more than I can bear. I think the issue stems from my stint as a dishwasher in a restaurant, back in the day when people could smoke in them. Just imagine the nasty mess in the bus-pans. Unfinished drinks with their ice cubes floating around, mixing with ashes and cigarette butts, pieces of steak, particles of eggs and pancakes. Quite literally a miasma of gross. I was sixteen years old then, and it probably scarred me for life. Mama’s don’t let your babies grow up to be dishwashers!

I’m very content being in my bedroom these days. I no longer look around with the faint urge to clean where I end up saying, “F*ck it,” because it’s just too much bloody work, and then going back to whatever game I was playing. I look around with a sense of satisfaction and comfort. My ferret still digs in his food dish and spills it on the floor, so I’m bound to have a mess of some sort, but that’s how it is with any kind of pet. Thankfully he doesn’t shed a lot of fur. He has his newspapers to make his other messes, and that makes them a cinch to clean up.

It blows my mind what effect a little bit of money can have on a person’s life. It doesn’t have to be a lot. Just enough to get a ball rolling. Inertia takes care of the rest. Curiously, I’m still in the midst of doing even more dishes. I should really get back to those, and then start tracking down that defibrillator. eBay probably has some for sale.

Hated by My Left Side & Right Brain